“And then they will see the Son of Man coming in a cloud with power and great glory.
But when these signs begin to happen, stand erect and raise your heads because your redemption is at hand.”   -Luke 21:28 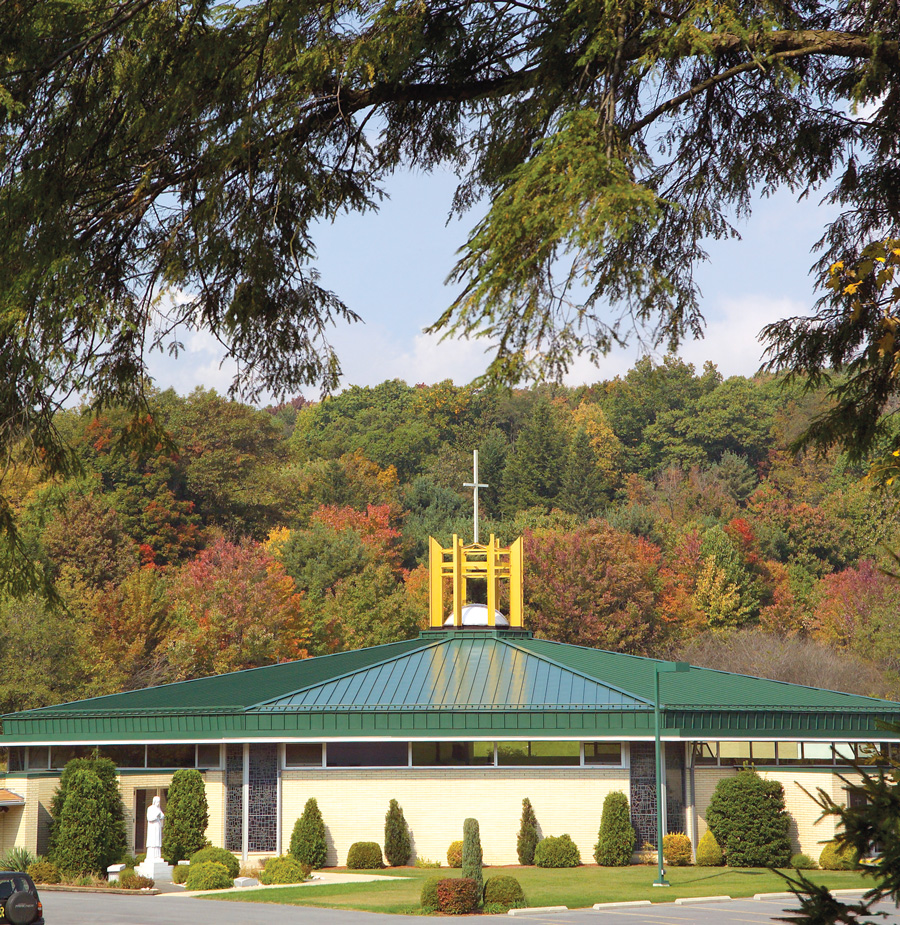 Not unlike Ars, a township in France, where Saint John Mary Vianney spent most of his priestly life, the village of Mundy’s Corner sits amid rolling hills in southwestern Pennsylvania. Here too, a young priest, James J. Quinn, began his nearly 40-year ministry.

In the fall of 1948 three parcels of land were donated for the purpose of establishing a church for the local Catholic community. Would-be parishioners who lived nearby diligently went about clearing the land. They were able to break ground, without fanfare, so construction could begin. An early winter preceded by an inclement fall halted any progress until spring.

Then by mid 1949, a building, 30 feet by 75 feet, was constructed on the cleared property. A Ladies Aid Society was formed and began to hold functions in the new building to raise money. By end of summer enough funding was available to add a furnace room and restrooms in the back, and in front, a vestibule with a bell tower was added. However, no furnace was installed, and so all activity ceased in the winter. 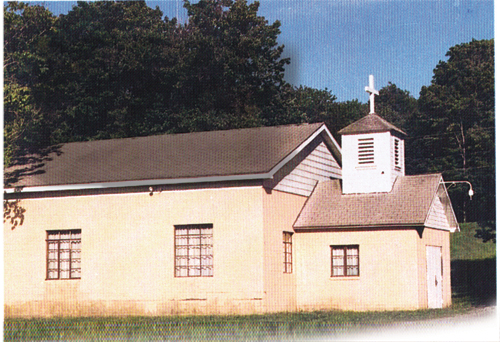 Still the quest to become a parish continued. Through winter and into the spring of 1950, the Mundy’s Corner delegation enlisted the help of Father James Quinn, administrator of nearby St. Mary’s Church in Nanty Glo. The group wanted Bishop Guilfoyle to give permission to form a new parish and appoint a pastor.

Then a strike by employees of the Johnstown bus company paralyzed the area. A cry went out to the diocesan chancery office from Jackson Township. And so responsibility for solving the “no bus – no Mass” problem was given to Father Quinn. He requested and received permission to celebrate Mass in the “Mission” Church. On May 14, 1950, Mother’s Day, the bell in the new tower rang out, calling the faithful of Jackson Township to the first Mass. Attendance was 189. The bishop referred to the building as The Chapel of Ease. 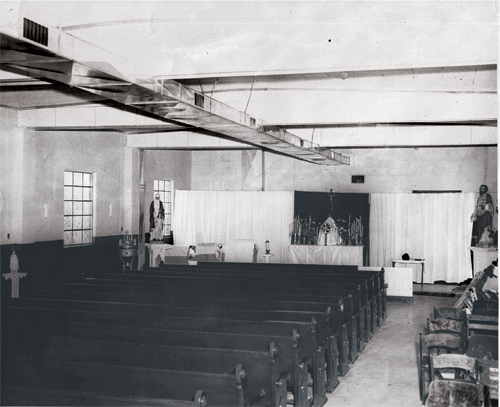 Two weeks later Bishop Guilfoyle, recognizing the need and desire of the people, formally announce that the Mission had been granted independent status. The newly formed parish was named after the patron of parish priests: St. John Mary Vianney. Thus, like John Mary Vianney, whose only appointment in his 41 year ministry was to the little village of Arts, Father James Quinn was appointed to the village church in Mundy’s Corner. In his 41 years of ministry, it would be his only pastorate.

The church building was furnished with donations from nearby churches. Summer CCD classes were held, and Father Quinn began working on a census. Since there was no parish house, Father Quinn continued to reside in Nany Glo until the next spring when a house nearby became available to rent.

By the end of October, 1950, all outstanding bills were paid, and the parish was debt free, a policy that has prevailed through the years. Over the next five years, more land was obtained and plans were made for a rectory. Early in 1955 permission to build was granted, and construction was begun. On June 4, 1958 Father Quinn moved in to the new parish house. 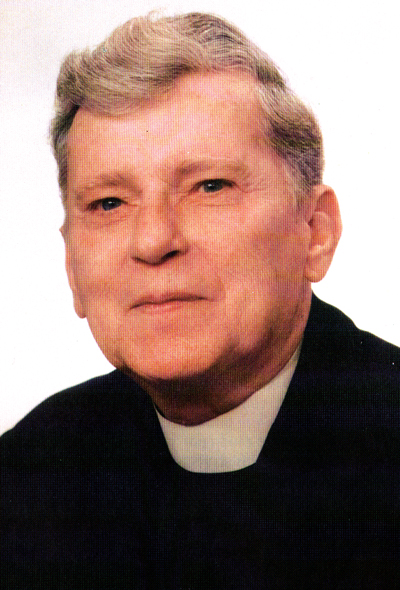 Ground was broken in October 1965, for the present church building. However the road to completion was not smooth. The first delay came when the steel was not delivered until mid-November. Construction did not begin until December. By spring the architect was concerned about the unusual design, and had a fear of collapse. Father Quinn was against pillars in the body of the church, and so a New York architect was consulted and changes were made to the ceiling design and wall supports. This caused a delay until special steel supports could be made. Work resumed in September, 1966, although minor delays continued to plague the contractors.

Finally on April 16, 1967, Bishop Hogan presided at a dedication ceremony and first Mass in the new church. On June 27 without fanfare, the cornerstone was set. Fifteen years later during the summer of 1982 the parking lot was covered in asphalt. Then on September 24, 1988, Father Quinn, our founding pastor, died. 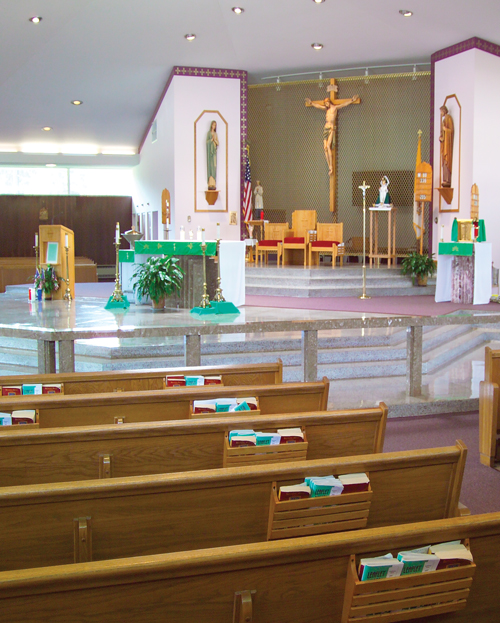 During the next several months a Parish Council and Finance Council was elected. The Legion of Mary was established, and an adult choir was formed. The youth group came into being. Soon CCD classes were outgrowing their meeting places.

It was becoming apparent that a parish hall was needed. Father Quinn had left the parish financially secure with over a million dollars, and so after much discussion, it was decided to build a church hall. Berkebile Bros. was selected as contractor. 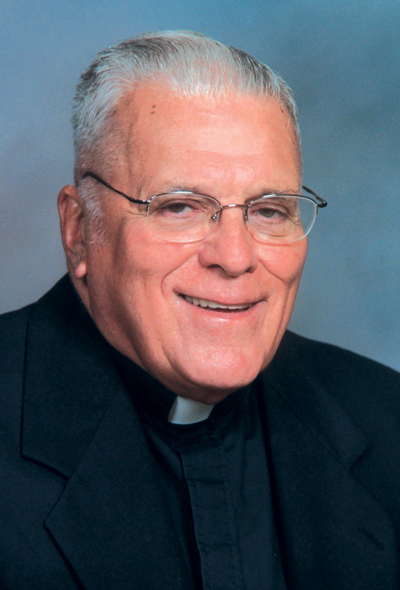 The hall was named St. John Vianney Quinn Center, because Father Quinn made it all possible. Groundbreaking ceremonies for the new hall were held on June 28, 1992. Sewage proved to be a big hurdle and caused for delays from the beginning. A septic system was not an option. The alternatives were a sewage treatment plant, or a wait for the township system, which was to be ready by September, 1994. A sewage treatment plant was decided on, and it proved to be a good choice because the church property was not on the Jackson/East Taylor Sewer system until November, 1998.

In 1995 a statue of St. John Vianney, was bought with donations from parishioners, and installed in a small shrine area between the rectory and the church. It was blessed on Sunday, October 15, 1995. The very next year a new bell was donated for the church by Elvin Myrick in memory of his wife, Betsy, twin sister of Marjorie Edwards. The original church bell, donated by Beatrice Hartman, was refurbished and placed near the church entrance, where it hangs today.

Along our main entrance drive, just off the highway, the parish placed a monument to the Sacredness of Life. 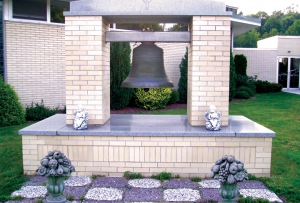 In July 2009 after more than 20 years of leadership and service, Father Paul Robine retired, and Father Andrew Stanko was appointed to be our parish’s third pastor. Father Stanko said his first weekend Masses at Saint John Vianney on July 25 and 26, 2009.

During Father Stanko’s time with us, he oversaw a new church roof and installation of a new energy efficient furnace/air conditioning system. He also undertook a leadership role in the interdenominational Conemaugh Ministerium and helped to rescue and reorganize our local Food Pantry. Father Stanko retired from his pastoral duties on June 28, 2017. He served our parish for another eight months as Senior Priest in Residence, offering daily and weekend Masses, hearing confessions, and ministering to our parish community in many other ways. 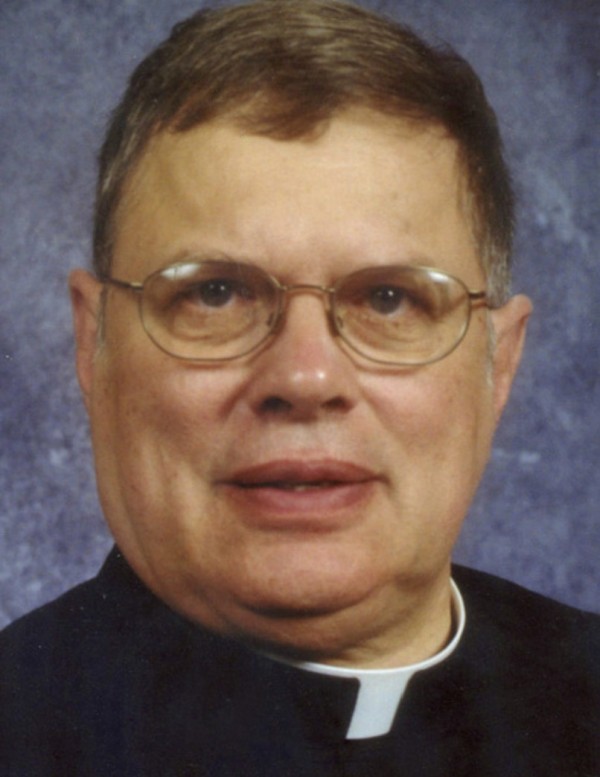 On June 6, 2010, Deacon Tom Buige came to serve our parish. He resides with his family in nearby Nanty Glo. Deacon Tom spearheads our parish RICA program, and in June, 2017 when Father Stanko retired, Deacon Buige accepted the duties of Parish Administrator. He has served our parish in countless ways.

Father Draper served as our pastor for nearly two years. He is a cheerful, humorous and humble Franciscan priest who shepherded us through the early difficulties of the Corona virus, but retired effective January 7, 2021. Father is a Franciscan Friar of the Third Order Regular, Province of the Most Sacred Heart of Jesus, and he moved to the Saint Francis Friary at Mt. Assisi in Loretto, PA in January 2021. We are grateful for his service to our parish.

With Father Draper’s retirement, Deacon Tom Buige was again appointed Parish Administrator, and various priests of the Third Order Regular from the Franciscan Monastery in Loretto came to our parish to say Mass twice each weekend. 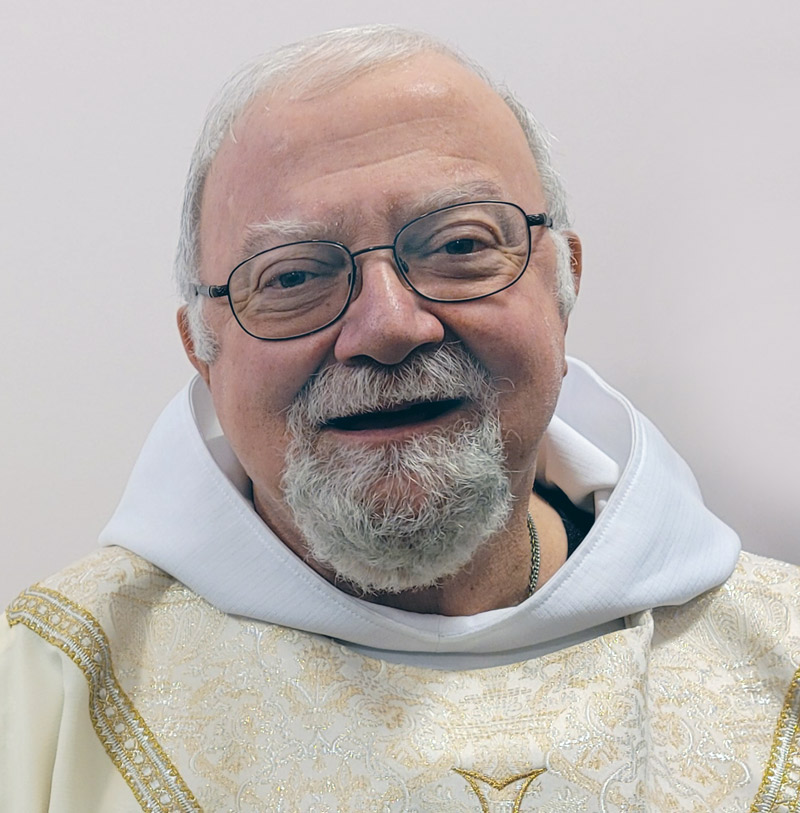 On March 1, 2021 Bishop Mark L. Bartchak appointed Father Peter Lyons, T.O.R. to serve as Sacramental Minister in residence at our parish with Deacon Buige continuing as our Parish Administrator. Father is a Franciscan Friar of the Third Order Regular, Province of the Most Sacred Heart of Jesus. We heartily welcome him, and we are most grateful for his service to our parish.

The short history given here does not tell the whole story of our parish. We are a vibrant and active faith community. We have been blessed with very dedicated and kind pastors and one deacon. St. John Vianney is the patron of parish priests, and we are pleased and happy to thank God for two vocations to the priesthood from our parish: Father James Dugan, ordained in 1989, and Father Matthew Reese, ordained in 2003. May our parish story continue far into the future with holiness, praise and thanks to God. 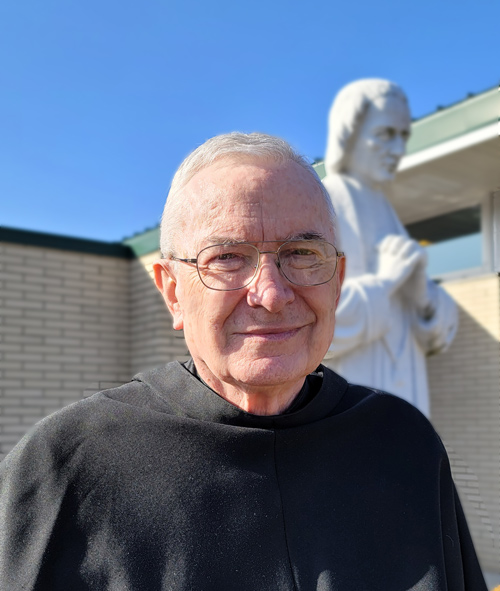